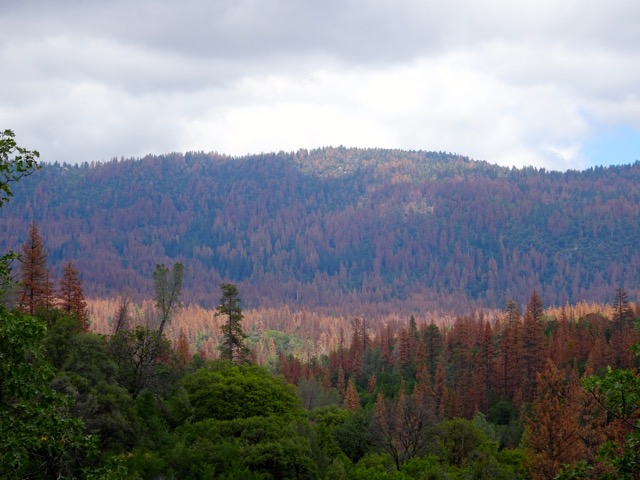 California Governor Jerry Brown invited the John Muir Project’s Dr. Chad Hanson to a discussion with several scientists affiliated with the U.S. Forest Service and the Governor’s administration at the Governor’s offices in Sacramento, CA in July 2016.  Despite the high ecological richness of “snag forest habitat” patches created in places by recent drought and native bark beetles, the Forest Service representatives consistently promoted logging and clearcutting of this important habitat on National Forest lands in the Sierra Nevada, claiming that snags (standing dead trees) substantially increase fire intensity and spread.  To bolster his contribution at the meeting Dr. Hanson wrote a follow-up letter to Gov. Brown, noting that the published science strongly contradicts the Forest Service’s claims, and that even with this pulse of recent mortality of trees, snag forest from both drought/native-beetles and fire in the Sierra Nevada comprises less than 6% of the forests, making it the rarest forest habitat type in the mountain range.  We do not have an over-abundance of snags in Sierra Nevada forests and, in fact, the additional recent snags will greatly improve the ecological health of our forests for imperiled wildlife, if we can prevent the Governor and the Forest Service from logging these areas.  Read Dr. Hanson’s letter here.