How We Do It

We review the schedule of proposed activities list prepared by individual National Forests each quarter and identify the projects of greatest concern.

We meet with the Forest Service to review the proposal and encourage ecologically based management and protection of imperiled species habitat.

We generate media coverage regarding the adverse impacts to forest ecology, habitat and wildlife that these projects will have

We monitor logging projects proposed in Mature and Old-Forest.

In order to justify large commercial logging projects in mature/old forest, the U.S. Forest Service misleadingly tells the public that such forests are too dense and “overstocked”, and that logging is needed to create “open” forests that will only have homogeneous low-intensity fire. These “mechanical thinning” logging projects generally remove most of the larger trees within the logging units, including many mature/old conifers up to nearly 8 feet in circumference (30 inches in diameter). In preparing these projects, the Forest Service intentionally ignores scientific research which has concluded that much of the landscape was naturally dominated by dense, old forest, and mixed-intensity fire, historically. The agency, in preparing these timber sales, also downplays adverse impacts to California spotted owl nesting/roosting habitat and Pacific fisher denning/resting habitat—the very type of dense, old forest disproportionately targeted by logging.

JMP works to protect these forests, and the species that depend on them, from these damaging and ecologically unnecessary logging projects. 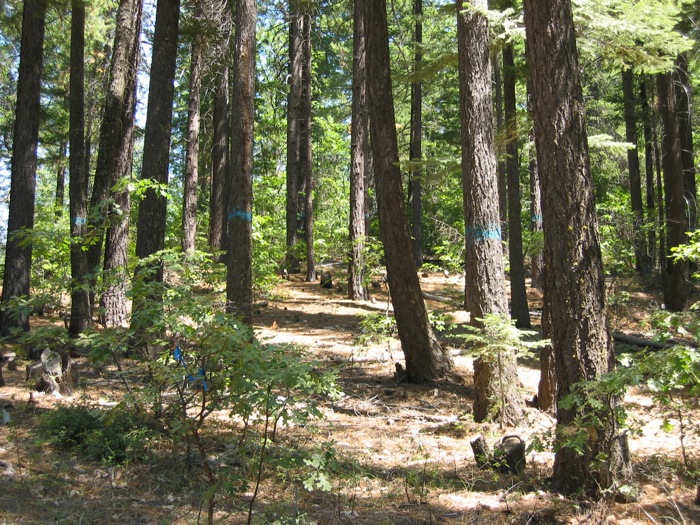 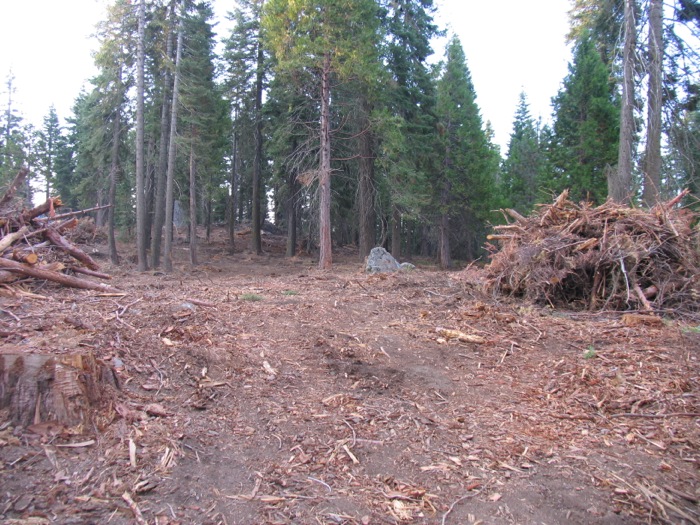 This timber sale was conducted in suitable Pacific Fisher habitat and removed components (medium and large trees, snags, downed logs and native shrubs) essential to the survival of this species.

Projects We Are Monitoring

We keep a close watch on post-fire (a.k.a. “salvage”) logging projects proposed in forested areas recently burned by fire.

In order to justify extensive logging (including clearcutting) of thousands of acres of mature and old forest that has burned at low, moderate and high intensity, the Forest Service makes inaccurate assertions that a) larger fires are unnatural, b) the forest has been destroyed and will not grow back on its own, and c) logging will prevent future fires. In reality burned areas, especially areas where most or all of the mature trees were killed by the fire, offer up the richest and most biodiverse habitat available to native species in the West and are fully capable of regenerating on their own.

These facts, backed up by the best available science, unfortunately do not deter the Forest Service from approving the removal of many thousands of acres of this forest type (“snag forest”, or “complex early seral forest”) from the landscape in most fire areas across the West on our federal public lands. These commercial logging projects typically approve removal of almost every dead tree per acre (leaving only an average of 4 snags per acre where logging occurs–and often less), with no diameter limit, eliminating wildlife habitat within occupied California spotted owl territories and prime Black-backed Woodpecker nesting and foraging habitat. Because the Forest Service either ignores or misrepresents the science regarding the importance of post-fire habitat, they never actually inform the public of the ecological costs of these logging projects.

JMP works to stop or reduce the amount of habitat that is lost through these projects and to get the truth out about these areas and the environmental damage caused by these projects, as well as their high cost to taxpayers. 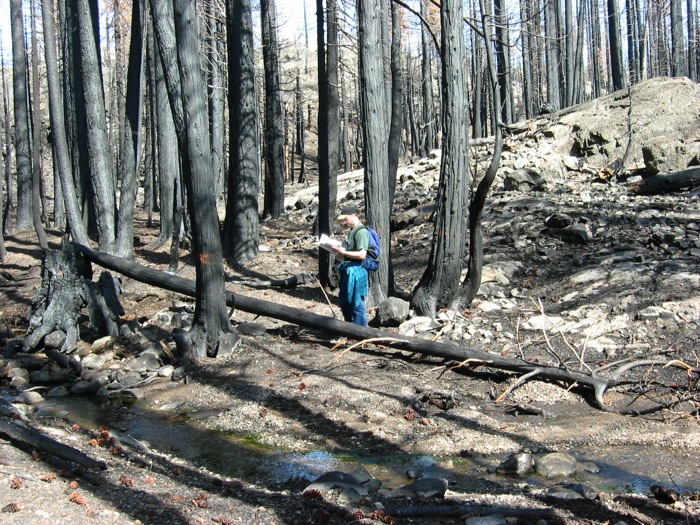 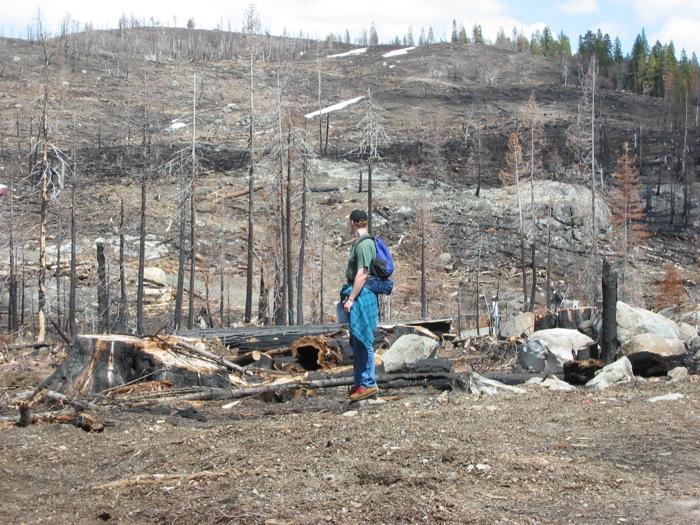 Post-fire logged areas in the Gap Fire, one year after fire.