The Sierra National Forest is important, because it is one of only two of the national forests in the Sierra Nevada (the other being Sequoia National Forest) where three rare and imperiled species intersect – the Pacific Fisher, the California Spotted Owl and the Black-backed Woodpecker.

Protection for each of these species is being sought under the Federal Endangered Species Act. 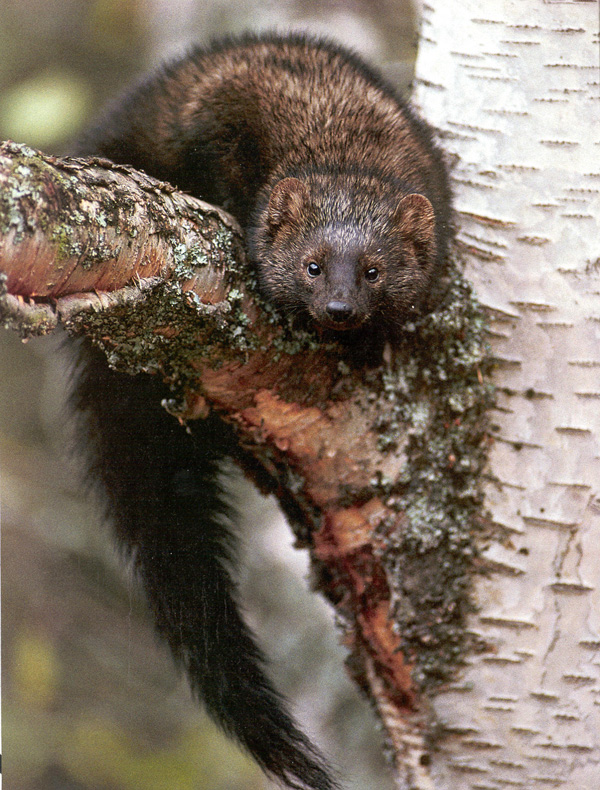 Proposed for Listing Under the Federal Endangered Species Act. 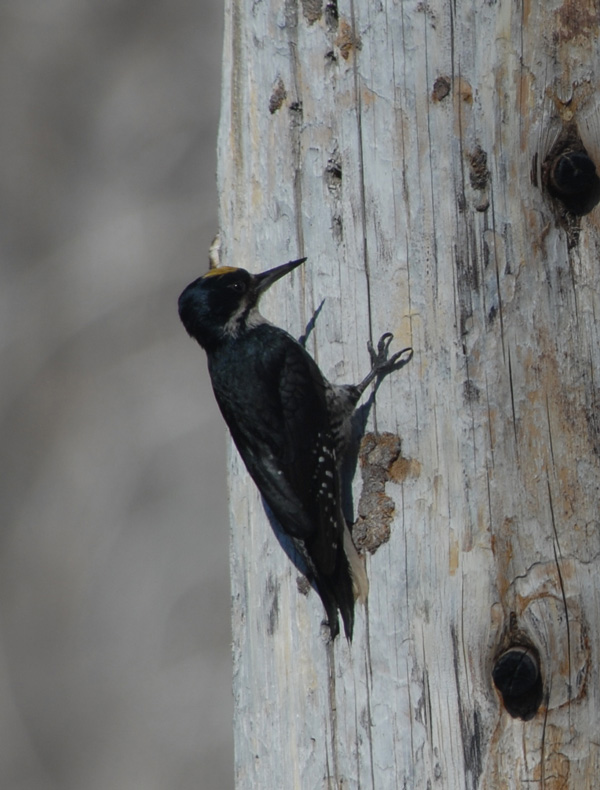 Positive 90 day Finding. Listing May be Warranted Under the Federal Endangered Species Act. 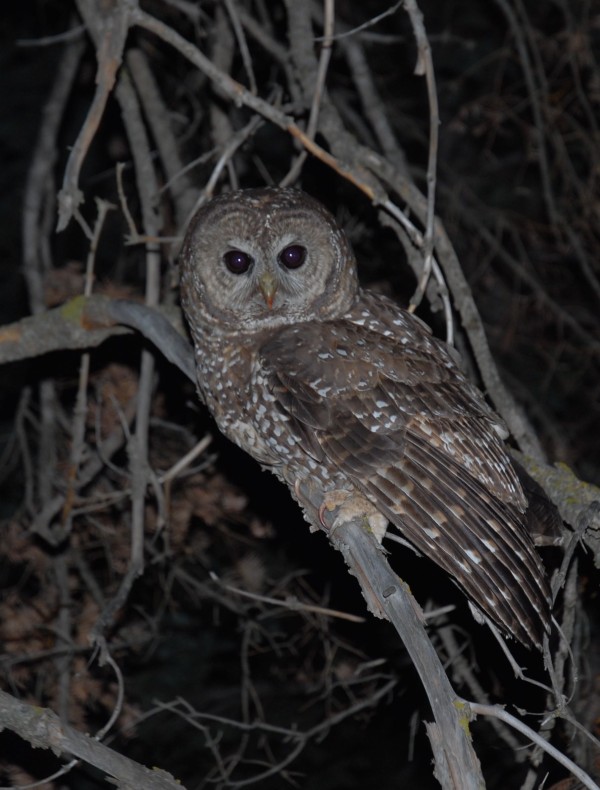 90 Day Finding Regarding whether Listing under the Federal Endangered Species Act may be Warranted Due by October 2015.

Sierra National Forest has over 1.3 million acres of land.

400,000 of these acres (or 30%) are comprised of dense mature and old growth conifer forest. However, due to fire suppression, post-fire logging, removal of native shrubs and artificial tree plantation establishment, less than 1% of the Sierra National Forest (less than 8,000 acres) is comprised of complex early seral forest habitat created when high-intensity fire burns in dense, mature/old forest. Complex early seral forest (a.k.a “snag forest”) is some of the richest and most biodiverse habitat type available on the landscape. Unfortunately, whenever a fire burns, the Forest Service’s first response is to remove this habitat through logging. 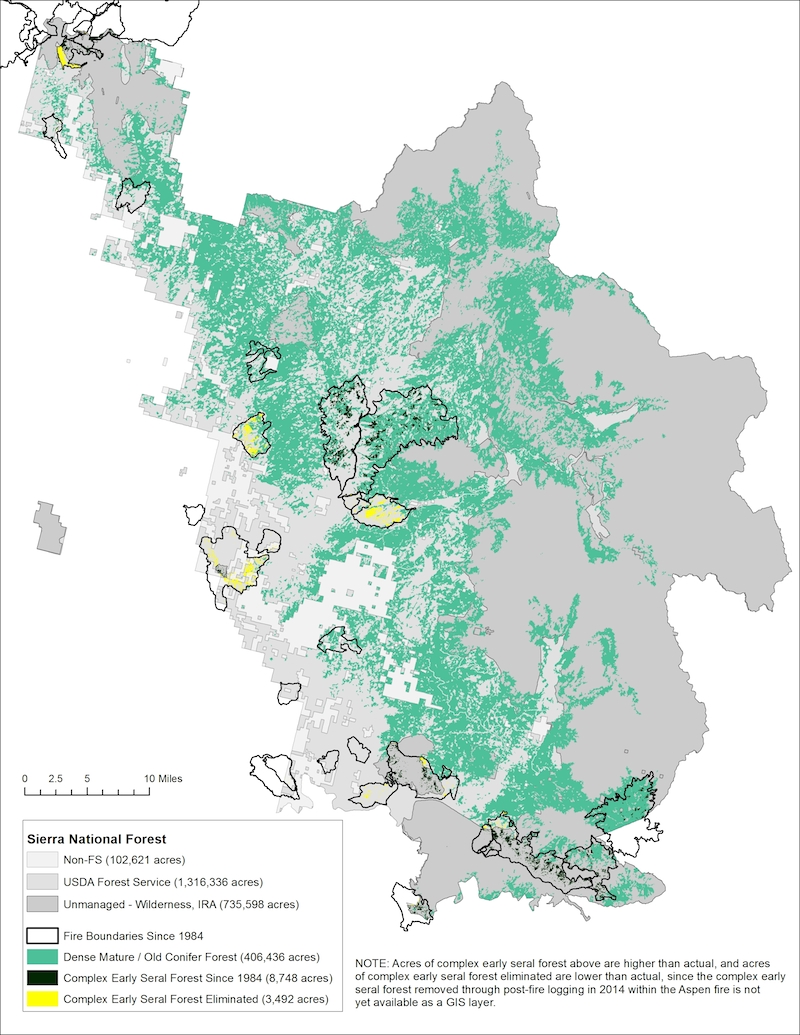 In the summer of 2014, the French fire burned, at varying degrees of intensity, 13,832 acres, restoring a few thousand acres of complex early seral forest habitat to the landscape on the Sierra National Forest.

The Forest Service is currently proposing to post-fire log most of the complex early seral forest in this fire area—including in Pacific Fisher habitat and occupied California Spotted Owl and Black-backed Woodpecker territories.

The U.S. Fish and Wildlife Service has proposed to list the Pacific Fisher under the Endangered Species Act, and research from JMP’s Dr. Chad Hanson has found that, while Pacific Fishers select dense, old forest for denning and resting, they actively use, and select, higher-intensity fire areas as foraging habitat—especially the females, for which there is the greatest conservation concern. Learn More About Fisher’s and Fire.

Despite this, the Forest Service plans to essentially clearcut thousands of acres of Fisher foraging habitat, and is claiming, incorrectly, that there will be no significant negative environmental effects of their logging project.

In the summer of 2013, the 23,564-acre Aspen fire restored 2,908 acres of complex early seral forest to the Sierra National Forest, where this rare and ecologically rich habitat is in extremely short supply (less than 1% of the Forest – see Map above). The vast majority of this fire burned at lower intensity.

The Sierra National Forest implemented a post-fire logging timber sale that removed about half of this rare habitat, including within occupied territories of the imperiled California Spotted Owl, Pacific Fisher and Black-backed Woodpecker. The John Muir Project and the Center for Biological Diversity filed suit, but the federal judge refused to issue a ruling on whether the Forest Service violated the law, and would not issue an injunction, allowing the destruction of complex early seral forest to proceed.

Not only is the Aspen Logging Project ecologically damaging, it costs taxpayers millions, particularly since post-fire logging kills nearly all of the natural conifer regeneration, and then taxpayers are forced to pay for replanting of conifers after logging, which is very expensive. The Environmental Assessment for the Aspen logging project acknowledged this, concluding the following: “Foregoing recovery and reforestation treatments [post-fire logging and artificial tree plantation establishment] would save taxpayers approximately $3,287,000 of appropriated funding needed to implement these activities.”

Effects of Logging in the Aspen Fire Area

A law passed by Congress several years ago promoted the concept of “collaboration” between the U.S. Forest Service and various interest groups to promote “ecological restoration” on National Forests.

The law invited proposals for specific areas—generally tens of thousands of acres in size each—across the western U.S. to test and implement this concept. However, the process has been badly abused, and the resulting “collaborative groups” across the western U.S. are heavily run by the U.S. Forest Service’s commercial logging program, and local timber industry companies, with at best token representation from environmental groups and scientists. In these “collaboratives”, the Forest Service sets the agenda, hires and pays for the meeting facilitators, and proposes the projects. Unsurprisingly, the resulting projects promoted under the guise of “ecological restoration” are consistently commercial logging projects that degrade important wildlife habitat and forest ecology rather than restore it.

One of these collaborative groups is called the “Dinkey Collaborative” on a portion of the Sierra National Forest.

One destructive commercial logging project after another has resulted from the Dinkey Collaborative over the past several years, and the logging has heavily targeted the last, best nesting/roosting habitat for declining California spotted owls, and prime denning/resting habitat for the highly imperiled Pacific fisher. All of the logging has been inaccurately packaged as “ecological restoration”.

JMP’s Chad Hanson, joined by Justin Augustine of CBD, attended meetings of the Dinkey Collaborative for years, trying to get the Forest Service to incorporate new science, and promote true ecological restoration projects (such as mixed-intensity managed wildland fires and prescribed fires, active snag creation where snags are in deficit, and closing old logging roads) rather than more commercial logging. However, the Forest Service has stubbornly continued to rely upon scientifically debunked assumptions, such as the inaccurate notions that forests should be mostly open, with relatively few trees, and that high-intensity fire patches are harmful to wildlife (the Pacific fisher and the Spotted owl, for example, actively forage in unlogged high-intensity fire patches because the small mammal prey base is excellent in such areas).

When Dr. Hanson sent a memo to the Dinkey Collaborative, alerting them to the fact that current ecological science was being ignored and misrepresented by the Collaborative to promote commercial logging that was the opposite of “ecological restoration”, the facilitator, who is paid by the Forest Service, suggested to Dr. Hanson that people who adhere to such dissenting scientific views should not participate in the Collaborative. Meanwhile, business-as-usual commercial logging continues to destroy prime Pacific fisher and Spotted owl habitat under the guise of “ecological restoration” through the Dinkey Collaborative. Tellingly, in the course of trying to brush aside ecological concerns raised by JMP, one Forest Service staff member’s response at a Dinkey Collaborative meeting, at Sierra National Forest headquarters, is indicative of the problem: “Hey man, timber is king”, he said.