Over the years, the John Muir Project along with our partners has protected tens of thousands of acres of old forest from logging on national forests of the Sierra Nevada, including ancient trees and forest stands several hundred years old. Some examples include the Crystal-Adams area on Plumas National Forest (with Plumas Forest Watch), the Mill Canyon area on the Toiyabe National Forest, and the Clear Creek area on Sequoia National Forest (with Sequoia Forest Keeper). 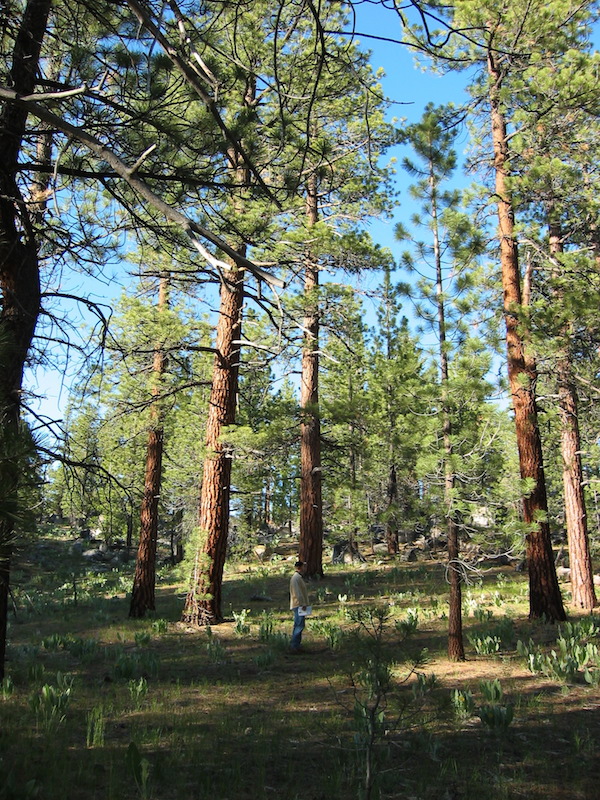 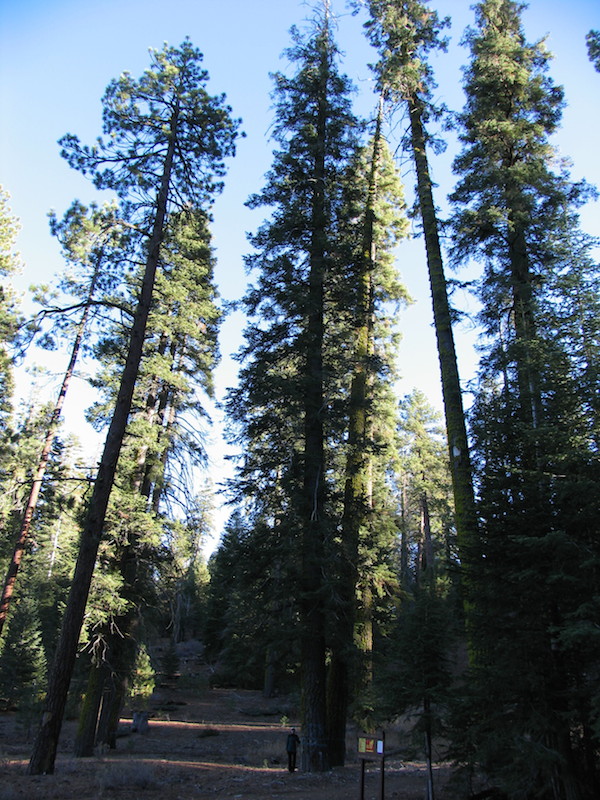 Currently our monitoring efforts are focused in four areas.

In 2004, the Bush Administration eliminated the earlier, more protective forest plan for National Forests of the Sierra Nevada and replaced it with a plan, called the “2004 Framework”, to substantially increase commercial logging levels across the Sierra Nevada. The 2004 Framework eliminated or severely weakened protections for dense, old forests. Since 2004 all logging projects in the Sierra Nevada are prepared pursuant to this Plan Amendment. The assumptions upon which the 2004 Forest Plan Amendment were based, especially notions about fire’s role in the forest ecosystem, have long been surpassed by scientific research. JMP monitors new projects to ensure that the best available science, and not the outdated 2004 Framework, is governing forest management projects.

The National Forest Management Act requires Forest Plans (the documents which govern management on individual National Forests) to be updated every 10-15 years. The Forest Plans in the Sierra Nevada are woefully outdated, most having been written 20-30 years ago. The Forest Service is now in the process of updating these plans. JMP is involved in every aspect of the Plan revisions for Sierra Nevada National Forests, to ensure that the best available science governs these revisions and to push for enforceable, meaningful protections for all native wildlife and habitat types on these forests.

A law passed by Congress several years ago promoted the concept of “collaboration” between the U.S. Forest Service and various interest groups to promote “ecological restoration” on National Forests. The law invited proposals for specific areas—generally tens of thousands of acres in size each—across the western U.S. to test and implement this concept, and provided funding to implement such projects. However, the process has been badly abused, and the resulting “collaborative groups” across the western U.S. are heavily run by the U.S. Forest Service’s commercial timber sales (i.e., logging) program, and local timber industry companies, proposing the same old logging projects, but spinning them as “ecological restoration”. One such collaborative developed on the Sierra National Forest in California, known as the “Dinkey Collaborative”, is of particular concern due to logging being promoted in Pacific Fisher Habitat. JMP is monitoring the projects which are developed in the “Dinkey Collaborative” process.

The U.S. Forest Service has proposed a massive logging project on over 400,000 acres of National Forest lands in northern Arizona as part of the so-called “Four Forests Restoration Initiative” (a.k.a., “4FRI”). The Forest Service claims this enormous logging project is necessary to “restore” the forests to open and “parklike” conditions, where low-intensity fire and almost no high-intensity fire existed historically. These assertions are dramatically contradicted by current science, which concludes that historical ponderosa pine and mixed-conifer forests in Arizona varied widely in tree density, with many densely-forested areas, historical fires had far more mixed- and high-intensity fire than the Forest Service has assumed, and that spotted owls benefit from fire.