In the summer of 2013, the 27,935-acre American fire restored 7,182 acres of complex early seral forest to the Tahoe National Forest, where this rare and ecologically rich habitat is in extremely short supply.

In fact after the American Fire, but before logging, less than 2% of the Tahoe National Forest was comprised of complex early seral forest, due to fire suppression, post-fire logging, removal of native shrubs and artificial tree plantation establishment.

The Tahoe National Forest implemented a post-fire logging project named Big Hope that removed the majority of this rare habitat (approximately 4,300 acres). In addition to removing 60% of the mature and old forest which burned at high intensity the Forest Service also removed hundreds of large live trees.

This post-fire logging destroyed habitat for not only the imperiled Black-backed Woodpecker which is a Forest Service Management Indicator Species, but also destroyed prime foraging habitat for the declining California Spotted Owl, a Forest Service Sensitive Species which prefers to hunt for food in burned forest. In fact the Forest Service actually conducted extensive logging within occupied California Spotted Owl territories (including nest stands) without ever assessing the impacts on this declining species.

The John Muir Project and the Center for Biological Diversity filed suit, but the federal judge refused to issue a ruling on whether the Forest Service violated the law, and would not issue an injunction, allowing the destruction of complex early seral forest to proceed. See documents below.

Not only is the practice of post-fire logging ecologically damaging, it costs taxpayers millions because the logging approved by the Forest Service kills nearly all of the conifer regeneration which naturally occurs in burn areas after the fire. Once the Forest Service has destroyed these seedlings, they then spend millions of taxpayer dollars to replant trees in these areas, all the while claiming that logging was necessary to regrow the forest.

Natural regenerating conifer seedlings and the rare Black-Backed Woodpecker (on the right side of the snag) in the American Fire area May 2014. 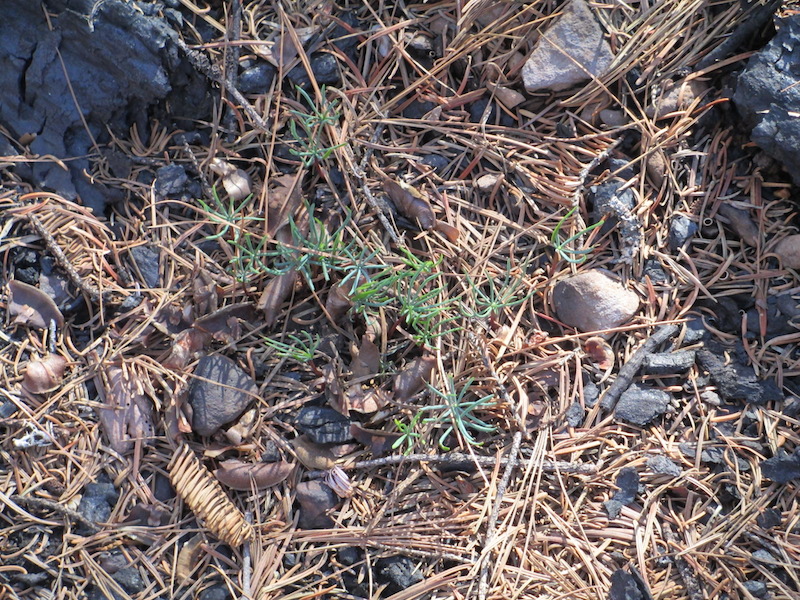 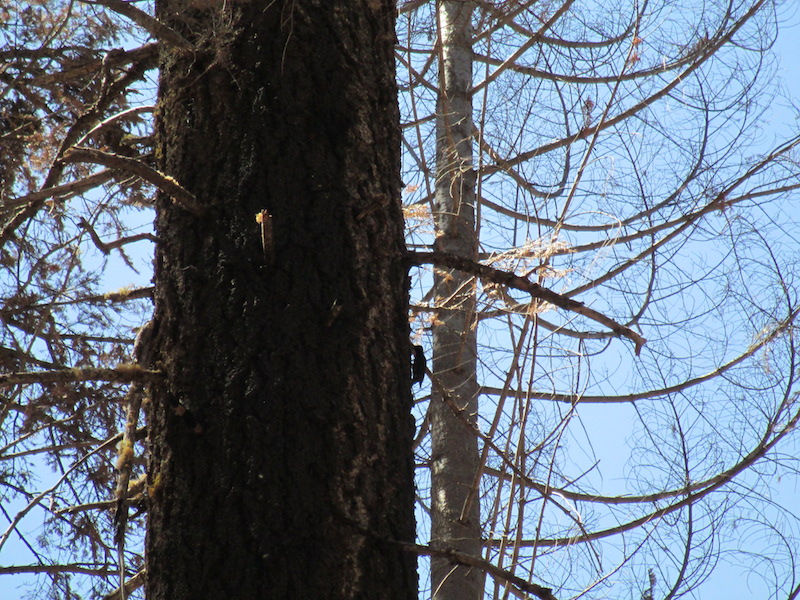 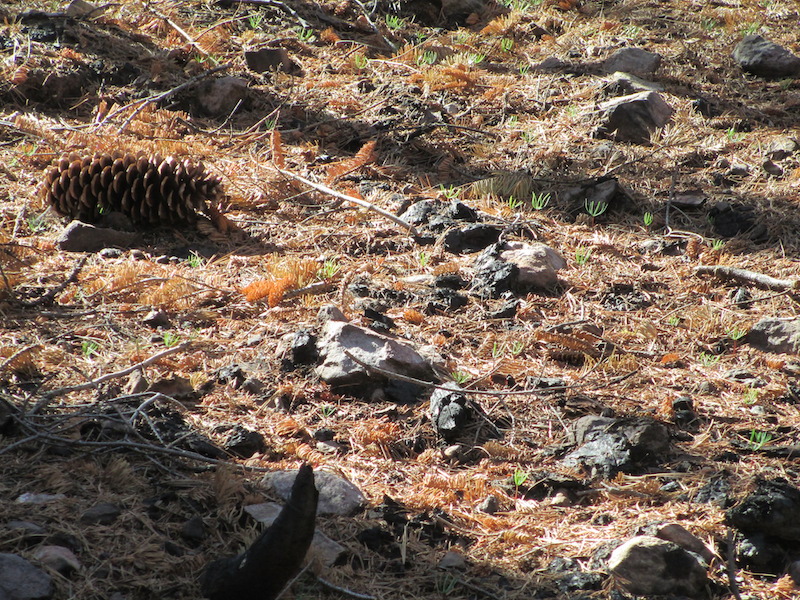 Comments on the Draft Environmental Assessment

Complaint for Declaratory and Injunctive Relief