Nature’s Resilience on full display in Rim Fire.  Don’t Cut down my home for biomass energy! 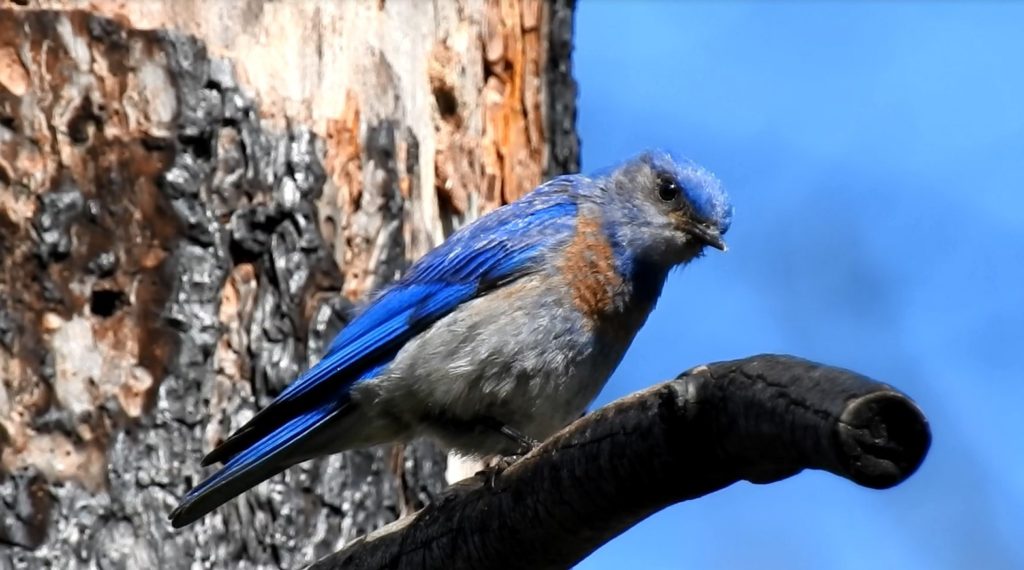 The bird is known for financial prosperity in Sweden – source: https://www.sambla.se/billan/

Background:  The Rim Fire burned 257,000 acres in the Stanislaus National Forest and a portion of Yosemite National Park in 2013.  Most of these acres burned at low and moderate intensity (where most of the mature trees survived).  Only about 20% of the fire area burned at high intensity—patches in which most or all of the trees were killed by the fire.  In these areas, the fire created an ecologically important forest type called snag forest habitat, where you will find especially high numbers and variety of wildlife, wildflowers, shrubs, and abundant naturally regenerating tree seedlings (below). 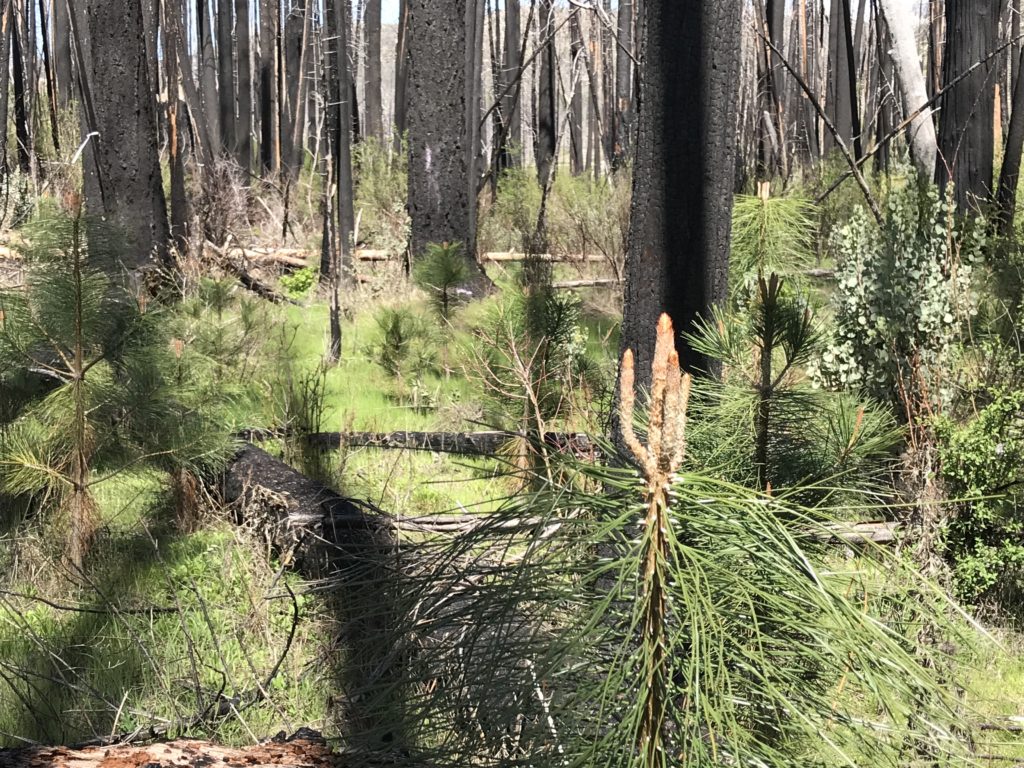 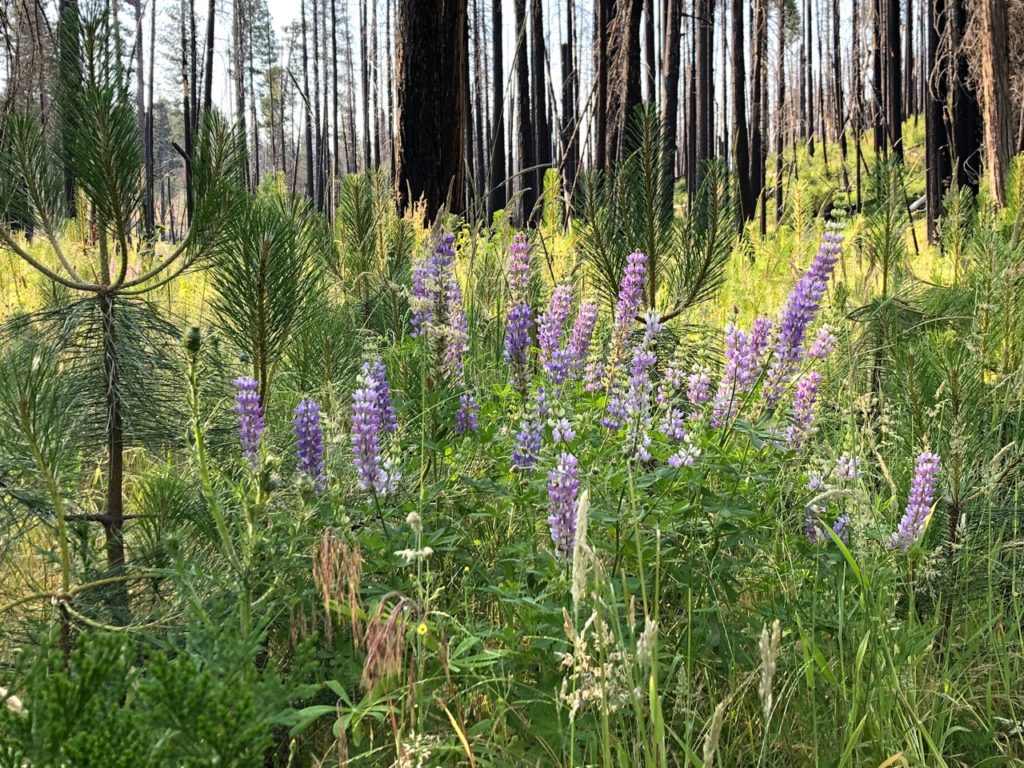 In contrast, in areas that were clearcut after the fire (below) by the Forest Service, the land is barren and there is little or no life, except for invasive weeds and an occasional tree seedling. 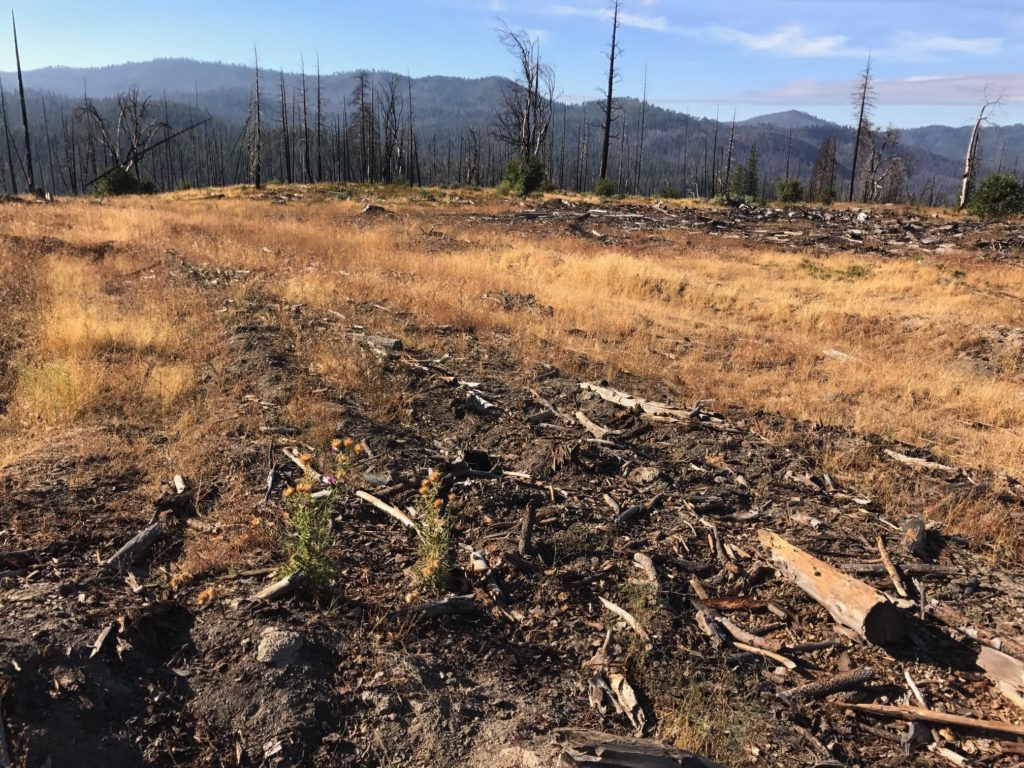 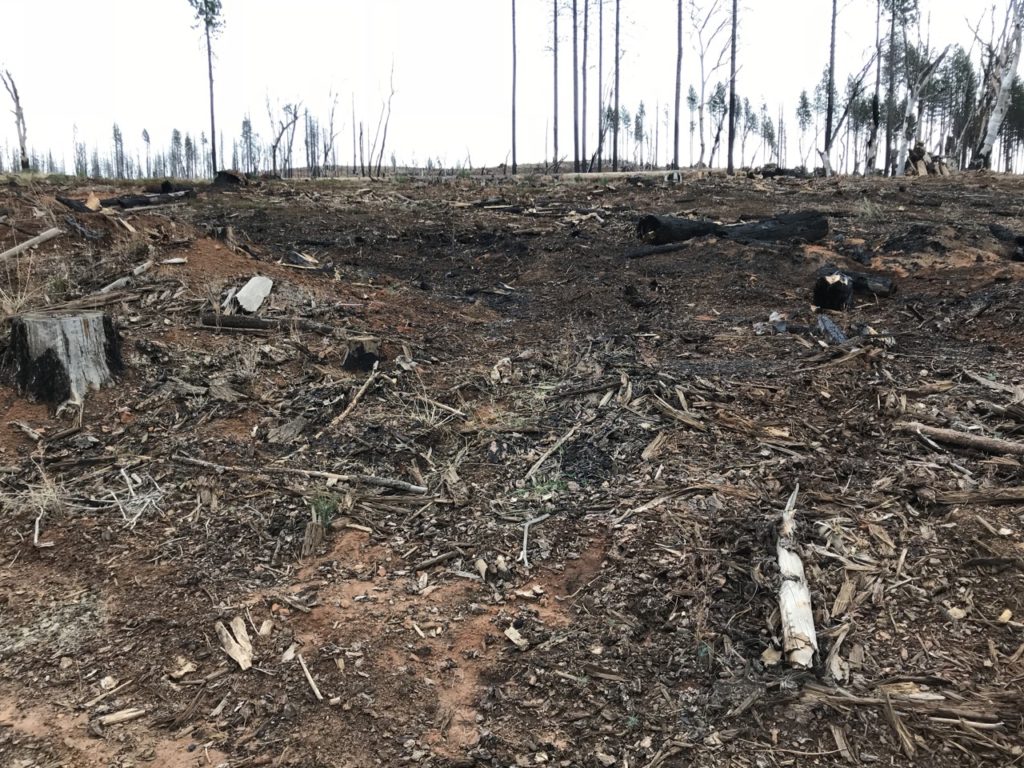 Current Threat: Unfortunately, there are renewed efforts to destroy the remaining snag forest habitat areas in the Rim Fire through logging.  Presently, the California government agency known as the Sierra Nevada Conservancy is administering a $28 million grant of taxpayer money received from the Trump administration’s Housing and Urban Development agency (HUD) and plans to clearcut 3,500 acres of intact snag forest habitat on the Stanislaus National Forest, adjacent to Yosemite National Park, and then incinerate the cut trees in a “biomass” power plant. Biomass power is a particularly dirty source, generating 45% more CO2 emissions per kilowatt than coal. Logging these areas in the Rim Fire would convert productive, intact snag forests, which are storing and sequestering carbon, into an explosion of carbon emissions, and would destroy vital wildlife habitat that is home to numerous imperiled species, such as Great Gray Owls, California Spotted Owls, and Black-backed Woodpeckers.

The Sierra Nevada Conservancy is attempting to justify this clearcuts-for-kilowatts plan by claiming that the forests are not re-growing in these snag forest patches, based on outdated 2014/2015 field data; but things have changed dramatically since then, and there is now abundant forest regeneration in these areas. Using taxpayer money, SNC plans to clearcut these areas, spray thousands of pounds of toxic herbicides, and then plant sterile tree plantations, like corn crops. During the planning process, SNC attempted to reassure the concerned public by saying that they would limit this project to areas that had already been logged, but they are now violating this promise, and plan to focus on clearcutting intact snag forest. This would destroy vital wildlife habitat, and would kill the natural forest regeneration.

How You Can Help:

Urge him to not log areas of intact snag forest habitat in the Rim Fire.  So far, Mr. Branham has refused to go out with us to see the abundant natural forest regeneration that is occurring in the places he now seeks to destroy through logging.

Let him know that these areas of forests in the Rim Fire are actively growing back on their own and they were not deforested by the fire. Snag forest habitat is comparable to old-growth forest in terms of native biodiversity and wildlife abundance. The areas within the Rim Fire that the Sierra Nevada Conservancy intends to log are home to imperiled California Spotted Owls, Great Grey Owls, and Black Backed Woodpeckers, as well as dozens of other birds, mammals, reptiles and amphibians.

Logging these areas would not only destroy these forest ecosystems, but would also exacerbate climate change through the burning of the trees in a biomass energy plant and the heavy damage to soils from logging, which would inhibit the ability of any future forests to grow and store/sequester carbon. Burning snag forest for biomass energy would also pollute foothill communities such as Sonora and Chinese Camp where residents are already struggling with health effects from dirty air. Urge Mr. Branham to revise SNC’s maps to avoid logging or removing downed trees in these snag forest areas and conserve our forests, wildlife and planet! Tell him a response would be appreciated and ask him to honor his promise and leave the intact, regenerating snag forest habitat alone!

Please also tag Sierra Nevada Conservancy in posts on Twitter @CAWatershed  and Facebook @SierraNevadaConservancy telling them to #ProtectRimFire
#NoClearcutsForKilowatts and no logging or removal of downed trees within the intact, regenerating snag forest habitat.

Thank you for taking action and helping us to protect this unique and thriving habitat!